EVEN CNN REPORTED ON ALABAMA


So President Trump was right and it looks like the mainstream media just wants to pounce on him for accurately reading and mentioning the original forecast tracks of Hurricane Dorian.  Even the National Weather Service is ganging up on President Trump over this:

I went back and watched this all myself and the SHARPIE PEN OUTLINE is simply showing where the WIND PROBABILITIES where on a COLOR CODED CHART that actually shows an extension into the state of Alabama and surrounding locations.

The mainstream media is nuts!  They are the ones actually twisting this making many of us (including myself) think that President Trump actually was wrong when he was right about the original storm model projections hitting Alabama.  Well originally the forecast winds were extended there even though that other forecast cone was not.  You have to look at all the NHC products to actually see this. There is more than one product and chart. WATCH MY VIDEO REPORT BELOW where I explain this.

MAINSTREAM MEDIA YOU ARE WRONG.  AND SHAME ON YOU FOR CONVINCING MANY OF US YOU WERE RIGHT.  TRUMP'S RIGHT!  YOU ARE FAKERS WITH FAKE NEWS.  ALSO YOU HYPE THIS HURRICANE SO MUCH THAT YOU CAUSE MUCH MONEY WASTE, FRAUD, and ABUSE OVER THIS ENTIRE STORM.

TRUMP WAS RIGHT!  I apologize Mr. President if I said you were wrong.  I have review this further now and see clearly now what happened: 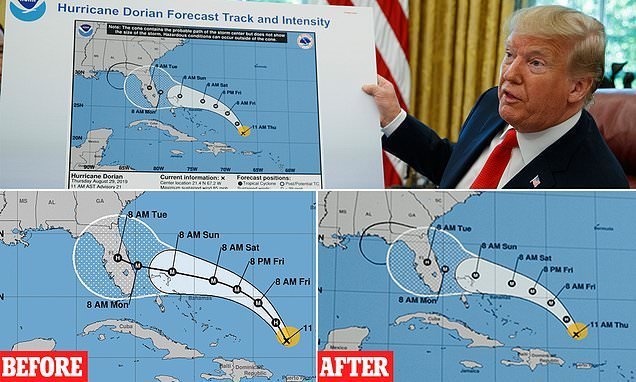 Are these President Trump's actual TWEETS?

Or are these FAKE TWEETS?


The Fake News Media was fixated on the fact that I properly said, at the beginnings of Hurricane Dorian, that in addition to Florida & other states, Alabama may also be grazed or hit. They went Crazy, hoping against hope that I made a mistake (which I didn’t). Check out maps.....
— Donald J. Trump (@realDonaldTrump) September 6, 2019

Shep Smith rips Trump for Sharpiegate: "He was wrong. And since, for days and days, he's been insisting, with fake visual aids in hand that he was right." 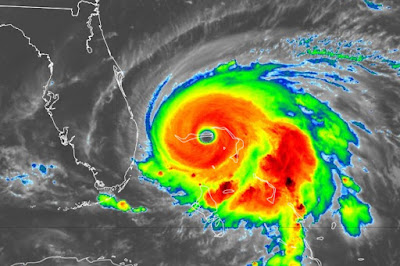 Is this more FAKE WEATHER NEWS?

Each time there's a HURRICANE it is usually winds being reported aloft with the dropsonde and onboard computer equipment with hurricane hunter aircraft.  It is not happening at the surface.  Until we can see an actually anemometer at the surface that registers 185 to 225MPH winds I don't believe these are credible surface wind reports.  Even the downgrade to 145 MPH are winds that are slightly elevated off the surface.

AccuWeather is reporting on this but how accurate is AccuWeather?  I haven't seen an actual surface report and cannot find a METAR on this at all at the moment: